Find the Spotsbook with the Best Betting Lines 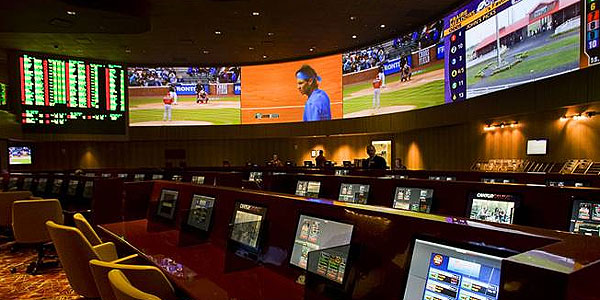 This is perhaps the most important online betting tip we can offer; shop for the best possible odds from the online sportsbooks. There are two ways to do this in our opinion:

Surf the Internet Sportsbooks – Register with as many as possible in order to have access to their betting lines, and before placing any wager, check each sportsbook´s lines to see who offers the best odds on a particular wager. Sounds like a lot of work, but nobody said gambling was easy.

Don´t Give Away More Than a Touchdown in the NFL – it may work in college football, but laying more than 7 points in the pros is a sure fire way to empty your wallet. The difference in talent between two college teams is often large enough to warrant giving up double digits, but NFL matchups are rarely that lopsided.

Be Selective and Realistic – what are the odds of you picking every game correctly on a given week? Be selective and look for the 3 or 4 solid games that you feel most strongly about having picked correctly. Don´t try to come up with a wager on every game, simply for the sake of having some action going. And don´t let the fact that a game is televised; influence your decision to pass on it. It is okay to watch a game purely for the enjoyment of the sport.

Sites like Gameadvisers.com scours the internet for sharp plays and sells them in different packages.

Look for Value in Lesser Known College Teams – The oddsmakers typically have a better feel for the college football programs that are consistently in the top-20. Because of this fact, bargain lines will be hard to come by for the “glamour” teams. Look for games between some of the lesser-known programs when shopping for good value betting lines.

Don´t Overreact to Blowouts Quite – often after a rout (especially Monday Night games) casual bettors can´t wait to jump on the winner and against the loser the following week. Don´t fall into this trap – as the saying goes, “On any given Sunday…” Don´t Be Scared to Lay Big Numbers in College. In college football, there is a huge difference in talent level from one program to the next. Don´t be afraid to lay double digits – if you´ve done your homework and it supports the numbers, don´t hesitate to play a big favorite.

Pay Attention to Strength of Schedule – It happens every year – in college and in NFL – teams post gaudy numbers for several weeks in a row against inferior competition. Eventually, they´ll meet a tougher opponent, and chances are the line will be over inflated due to public sentiment based on the team´s previous games. Pay as much attention to WHO a team has played as to HOW a team has played.