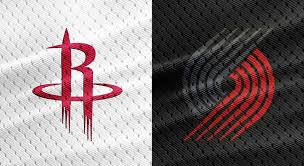 The Houston Rockets are on fire with two straight wins in the NBA restart. Even more impressive is the victories were over Dallas and Milwaukee. In a 120-116 win over the Bucks, Russell Westbrook hit some clutch free throws and scored 31 points to lead Houston.

IT PAYS TO BET ON THE GAMES AT AMERICA’S BOOKIE

More importantly for bettors, the Rockets picked up a pair of ATS victories both coming with Houston as an underdog. The Rockets are not the dog on Tuesday against Portland, but can they pull off another straight up win?

Coming into the restart, many pundits didn’t see the Rockets as a real contender in the Western Conference race. Yes, the Rockets can score, but their defense is suspect and they lack frontcourt size. The NBA betting odds for this game have yet to be released, but remember this later on.

In the win over Milwaukee, the Rockets proved they can play defense when needed. They came up with big stops in the fourth quarter with the game on the line. Reigning league MVP Giannis Antetokounmpo still scored 36 points, had 18 rebounds, and dished out eight assists, but the Rockets got the victory.

Houston tied an NBA record for 3-point attempts in regulation play against the Bucks. The Rockets launched 61 shots from behind the arc and made 21 of them. The 3-pointer is a huge part of Houston’s offense and you can bet it will be against Portland.

Portland is 1-1 so far in the restart with an overtime win over Memphis and a four-point loss to Boston. The win over the Grizzlies helps Portland in its quest for the eighth and final playoff spot in the West. Memphis holds the spot right now, but the Trail Blazers are just 2.5 games behind.

With Damian Lillard and C.J. McCollum in the backcourt and C Jusuf Nurkic now back after a leg injury, Portland is one of the league’s top scoring teams. Lillard averages 28.9 points a game and McCollum adds 22.6. The big surprise is Nurkic who in his two games back is averaging 24 points and nine rebounds a game.

Are you a handicapper and want your picks published? Contact us here.

Like Houston, the Trail Blazers have some defensive issues. Portland ranks near the bottom of the league in several defensive statistical categories like points allowed per game. Rip City gives up 115.7 points per game which is 26th in the 30-team NBA.

In their first two games of the restart, Portland gave up 135 in the win over Memphis and 128 to Boston. Bettors should take note. Houston, which leads the NBA in scoring, ranks 24th in points allowed per game (114.9).

Harden and Westbrook are hot and the Rockets appear up for any challenge. They will likely be the favorite on Tuesday. How much of a favorite will determine bettors’ moves on the moneyline and against the spread.

Bettors should consider the Total in this one. Houston has scored 153 and 120 points in its first two restart games. Tuesday night could be a great night for the Over to hit.

FREE PICK: The odds are not released at the time of publication, but I’m leaning towards the OVER.

Need another pick? Here’s a NBA Free Pick for Lakers vs. Jazz.