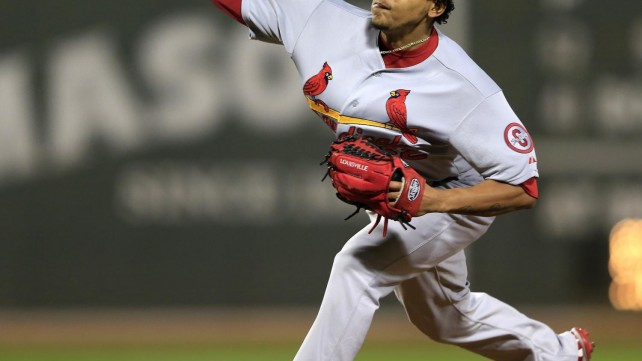 Well, we had a good thing going last night until Bruce Bochy brought in reliever Hunter Strickland. Yesterday I recommended a play on the Giants, -1½ +115 and it was looking real good with San Francisco up 5-2 heading into the 8th.

Madison Bumgarner went 6 and 2/3, giving up six hits and allowing two earned runs while striking out 9 and issuing 2 walks, including one to Jabari Blash that ended his night. Cory Gearrin got the nod to relieve the Giants ace, and got Wil Myers to ground out on the second pitch he threw.

Buster Posey added an insurance run with a solo shot in the bottom of the seventh, and if you’re like me, feeling pretty good about the -1½ I took the Giants at. That quickly changed when Strickland came out of the pen to start the 8th.

Matt Kemp led off the inning with a double to right field and before getting yanked in favor of Derek Law, Strickland had given up three hits and allowed two earned runs (one on an inherited runner, a hit off Law). Those two runs were the last of the night, and the game ends 5-4 Giants.

I know there’s an unwritten rule about betting the home team on the run line, but I thought MadBum and the Giants had this one in the bag. Let’s go get em’ today!

We have another busy day on tap in the world of sports. The Pacers and Raptors and Celtics and Hawks both play their pivotal Game 5 in their first round NBA Playoff series’ with both knotted up at two games apiece.

Last night, the St. Louis Blues finally got past the first round, something they hadn’t done since 2012 when they knocked off the defending Stanley Cup Champion Chicago Blackhawks with a tightly fought 3-2 win.

Tonight, there are no games on the NHL schedule with Game 7 of the Nashville vs Anaheim and Game 1 of the Eastern Conference Second Round series between the Islanders and Lightning set to go on Wednesday. Check back tomorrow and I might help you out with one of those games.

With both home teams a 7-point favorite in their respective opening round NBA Playoff series, I’m going to steer away from those games because well, they have just been too unpredictable. We’ve seen wins of 1, 17, 8 and 9 in the Hawks/Celtic series and wins of 10, 11, 16 and 17 in the Pacers/Raptors series…and these are both tied 2-2. Who has the upper hand here? Damned if I know.

Because of the uncertainty, I’m going to stick with baseball for my A1 Service Play today. There are a few games I like but I’m going to stay in the National League today where the St. Louis Cardinals play Game 2 of a four game set in Phoenix against the Arizona Diamondbacks.

Miller hasn’t been himself yet this year after coming over in an off-season trade from the Braves, while Martinez has three wins in three starts on the young season.

Look for one of these pitchers to have a dominant outing and keep the total low. The best offshore sportsbook has the Cards the road favorite paying -128 on the moneyline with the Diamondbacks at +118. The total is set at 8½, pushing me to take the UNDER.