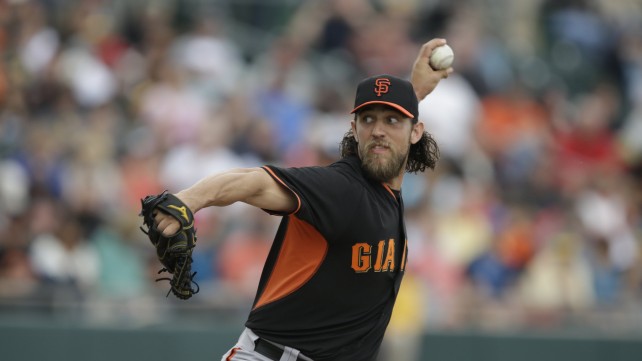 I’m back at my A1 Service Plays after taking Sunday off. I went two for two on Friday but only managed one out of two on Saturday after the Portland Trail Blazers took Game 3 at home versus the Los Angeles Clippers. I’ve done my research and I’ll get at my picks for today right after I have a quick look at the games I handicapped on Saturday.

Portland won on Saturday 96-88 even though the line closed with them as a 1½-point home underdog. The game was a Pick-Em at the time of my article, and after the Clippers took Games 1 and 2 by more 20 and 21 points, I didn’t think the Trail Blazers had it in them win, even though the series switched to Portland.

Damian Lillard led all scorers with 32 while Mason Plumlee had a massive game under the boards, pulling down 21 rebounds (3 offensive, 18 defensive). Chris Paul has 26 points to lead the Clips as Blake Griffin could only manage 12 going 5 of 16 from the field.

These two are back at it tonight, as the series resumes with Game 4, once again in Portland. I think I am staying away from this one, but keep reading to get in on my picks for today.

But before I do, the game I did pick right on Saturday had Steven Matz and the New York Mets beat the Atlanta Braves 8-2. I recommended you to take the Mets -1½ +115, and hopefully you followed my lead cause I turned my $200 bet into $330!

Matz went to 2-1 on the season, going 6.1 innings, giving up 9 hits but allowing only two earned runs. He struck out 8 and didn’t walk anyone. The Mets had six batters with two hits with David Wright and Asdrubal Cabrera knocking in two runs each.

There are quite a few Major League Baseball games I like today, but I’m going to go with Madison Bumgarner and the San Francisco Giants over Drew Pomeranz and the San Diego Padres on the run line.

These two NL West rivals are currently at the bottom of their division and look to get the ship righted with a series win. The Giants had lost five in a row, including getting swept in a four-game series against the Diamondbacks. They looked to be back on track, winning the first two of a three-game series versus Miami, but the Marlins pulled out a 5-4 win yesterday to avoid the series sweep.

The Padres lost their last two, both to the St. Louis Cardinals, giving up 11 and 8 runs in those losses. San Diego has been bitten by the injury bug and their pitching troubles have been showing in their losses, giving up 29 runs in their last 3.

The Giants were on the top of a lot of lists before the season started as the team to represent the National League in the World Series. It’s still way too early in the season to write them off, but given the start the Los Angeles Dodgers are off to, they better start putting together a string of wins.

There’s no better pitcher to get that started than Bumgarner. He’s one of the premier pitchers in baseball, and his desire to win is matched by few. For these reasons, I’m taking the San Francisco Giants -1½ +115.