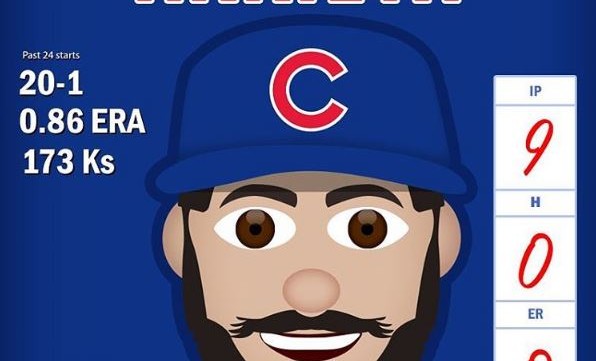 I just can’t catch a break lately; yesterday I told you to take the St. Louis Cardinals @ Arizona Diamondbacks UNDER 8½ predicting one of the young starters to have a dominant outing. Even though this happened, the pen couldn’t preserve the shutout, resulting in the score going OVER.

Carlos Martinez had a dominant outing, going 8 strong, giving up only 3 hits, no runs while striking out four and walking only 1. After needing 105 pitches to get through the eight innings, Tyler Lyons was sent in to close out game, allowing two solo homeruns.

25-year-old Shelby Miller, who has a career 3.40 ERA in over 100 starts, has an inflated 8.69 ERA on the young season and didn’t do himself any favors last night giving up five earned runs on 5 hits in five innings of work.

If that wasn’t bad enough, Dominic Leone came in in relief to start the 6th and gave up three more earned runs on 4 hits through 1.2 innings. The Diamondback pitchers gave up 8 runs, keeping it UNDER the 8½, but as stated, Lyons just couldn’t preserve the shutout.

Before I get into today’s pick, did anyone see that Indiana Pacers at Toronto Raptors game last night? What a game! The Pacers took a commanding 35-20 lead after the first quarter, a 61-52 lead into the half and were up 90-77 heading into the final frame.

Then something happened to the Raps and they went on a scoring/defensive frenzy to outscore the Pacers 25-9 in the fourth quarter en route to a 102-99 victory to take a 3-2 lead in the series. See why I steered away from those games?

We have three game in the NBA tonight, with two series’ (Hornets/Heat & Trail Blazers/Clippers) knotted at two games apiece with the Warriors up 3-1 over the Rockets. With all the big name injuries and crazy finishes, I’m not going to touch these games today either.

After a night off, the NHL Playoffs continue tonight with the deciding Game 7 in Anaheim as the Ducks host the Predators while the Eastern Conference Second Round gets going with the Islanders traveling to Tampa to take on the Lightning. While I think the Ducks will prevail and advance, I’m going to stay with MLB for today’s top pick.

Arrieta is going against Taylor Jungmann who is 0-3 on the season with an 8.47 ERA. Jungmann has pitched 17 innings, giving up 21 hits and 16 earned runs while issuing 10 free passes opposed to 11 K’s.

On top of Arrieta’s dominance, the Cubs have won 20 of the last 26 meetings between these two with the Brewers winning one of their last 7 in the Windy City.