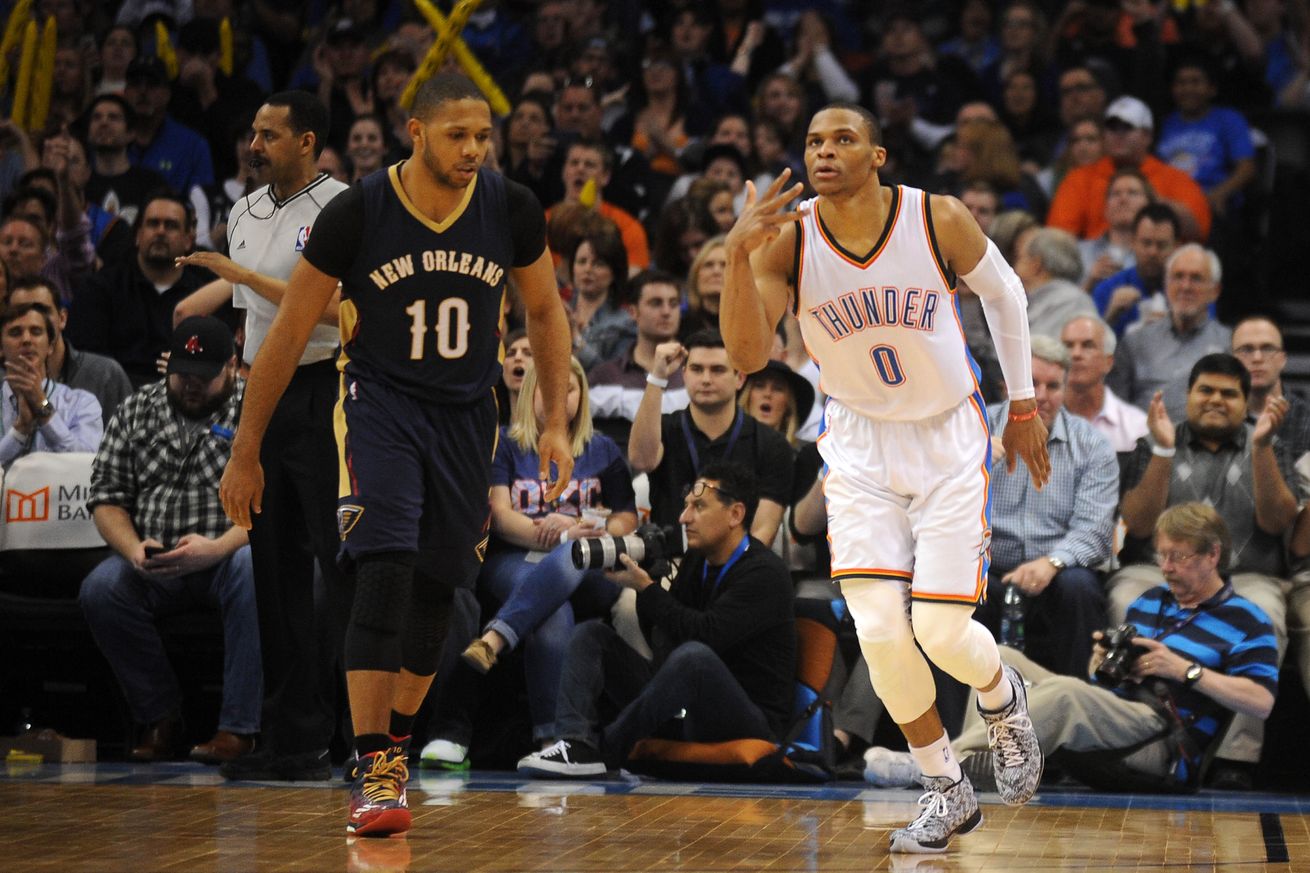 There are tons of story lines in the final regular season NBA game before the All-Star break this weekend between the Pelicans and Thunder. Of course there is both teams wanting momentum before they go into the break with the Thunder playing brilliant basketball in the first half and the Pelicans just trying to keep their head above water.

It is an off the court issue that has cast a pall over this game though as former Pelicans coach and now Thunder assistant Monty Williams losing his wife to a car crash on Wednesday, the day before the game. All thoughts will be on Williams and his family as the two teams meet and this game has the feel of one that will be close throughout as both teams have been effected by this tragedy.

Look for this game to be played with a ton of emotion on both sides as they both try to honor their friend the best way they know how to, which is to give maximum effort in all phases of the game. Durant and Westbrook will have theirs, but I look for a huge game out of Pelicans center Anthony Davis and would not be totally shocked if the Pelicans were in this one until the bitter end before both teams head to the break and others head to Toronto for All Star weekend and most importantly both teams will honor the memory of Ingrid Williams by playing their hearts out!

Dan Leach was the world’s first human to live under the sea for more than 60 days, is the current U.S Ambassador to extra-terrestrial life, was the basis of Denzel Washington’s character Frank Lucas in “American Gangster”, is know the World over as the King of Valentine’s Day, and is a noted expert in the field of Time Travel.

If you’re looking for another opinion on this game, as well as a couple National Hockey League games, have a look at Joe Berra’s Top Bets for Thursday.