Who Will Win the 2021 World Series 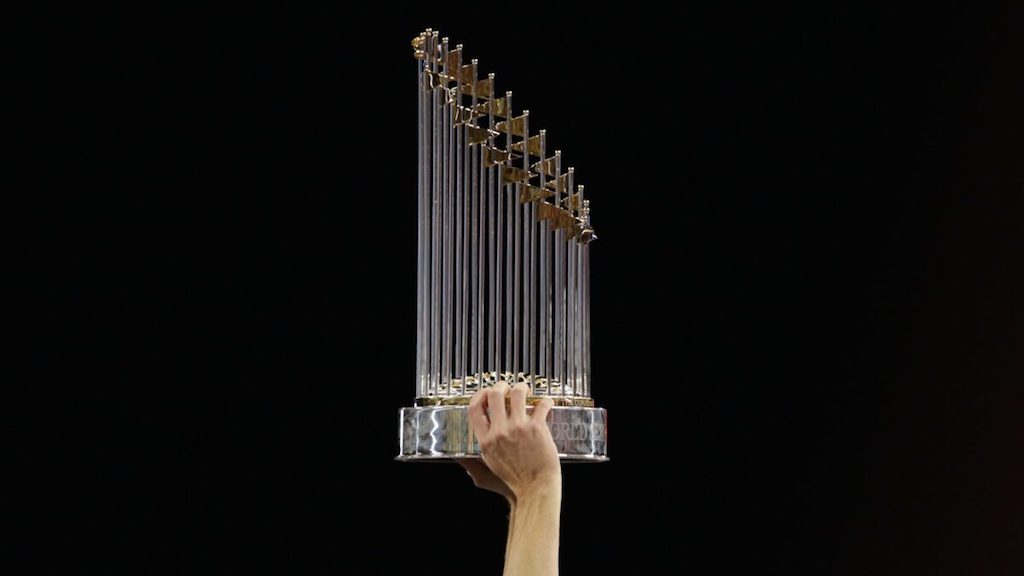 It won’t be that long before pitchers and catchers report to spring practice to begin the new MLB season, and with that comes the race for the 2021 World Series.

The reigning champion Los Angeles Dodgers may have a few shake ups as Justin Turner, Joc Pederson, and Enrique Hernandez are all free agents. Still, the cupboard is far from bare.

The Dodgers actually lead the list of favorites to capture a second consecutive World Series title in 2021.

The Dodgers are a +400 favorite to repeat as 2021 World Series champion. It’s easy to see why. Despite the potential losses of Turner, Pederson, and Hernandez; the Dodgers return one of the most talented and deep lineups in baseball.

Oh, and the pitching rotation could be the best in MLB. Three-time Cy Young Award winner Clayton Kershaw leads a pitching staff that includes Walker Buehler, who is 24-9 as a Dodger, and David Price, who returns after opting out of last season.

Along with the Dodgers, there are the New York Yankees with their formidable roster full of stars. Sluggers Aaron Judge and Giancarlo Stanton, if they can stay healthy, add to a lineup that includes Luke Volt who hit 22 homers in last year’s shortened season.

The Yankees pitching rotation is solid too with Gerrit Cole, J.A. Happ, and Masahiro Tanaka leading the charge. New York is listed at +600 to win their first World Series since 2009.

The leading contenders to dethrone the Dodgers at top online sportsbooks are Atlanta (+900) and the San Diego Padres (+1000). Both have young stars that propelled both teams into the postseason a year ago.

Freddie Freeman returns to Atlanta as the National League MVP. He hit .341 with 13 homers and 53 RBIs for the Braves, who lost in seven games to the Dodgers in the NLCS.

Fernando Tatis Jr. hit .277 with 17 home runs and 42 RBIs to lead the Padres to the postseason for the first time since 2006. Tatis and Manny Machado complement a pitching staff that now includes Mike Clevinger. The Padres also have pitching prospect Mackenzie Gore who went 18-4 overall in the minors last season.

EDITOR’S CHOICE: EXPLAINING MLB RUN LINES AND HOW TO BET THEM

Houston (+1600) still has the lineup to make some noise when looking at 2021 World Series futures. However, the pitching staff will suffer without Justin Verlander who underwent Tommy John surgery.

The White Sox (+1200) made the playoffs for the first time since 2008 and should be back again with a roster of young stars like Eloy Jimenez. The Sox added Michael Kopech to a rotation that includes Dallas Kuechel.

Tampa Bay won the AL East last year and are primed to do so again in 2021. Blake Snell and Tyler Glasnow form one of the best one-two pitching punches in the majors. That’s why the Rays are listed at +1200.

If there is a value longshot in the 2021 World Series mix, it is likely the Washington Nationals. That’s right; the same team that won the 2019 World Series.

If there is one pitching staff that can rival the Dodgers, it’s Washington. The Nationals have a Cy Young winner in Max Scherzer plus Patrick Corbin and 2019 World Series MVP Stephen Strasburg.

The rest of the MLB odds to win the 2021 World Series are below.